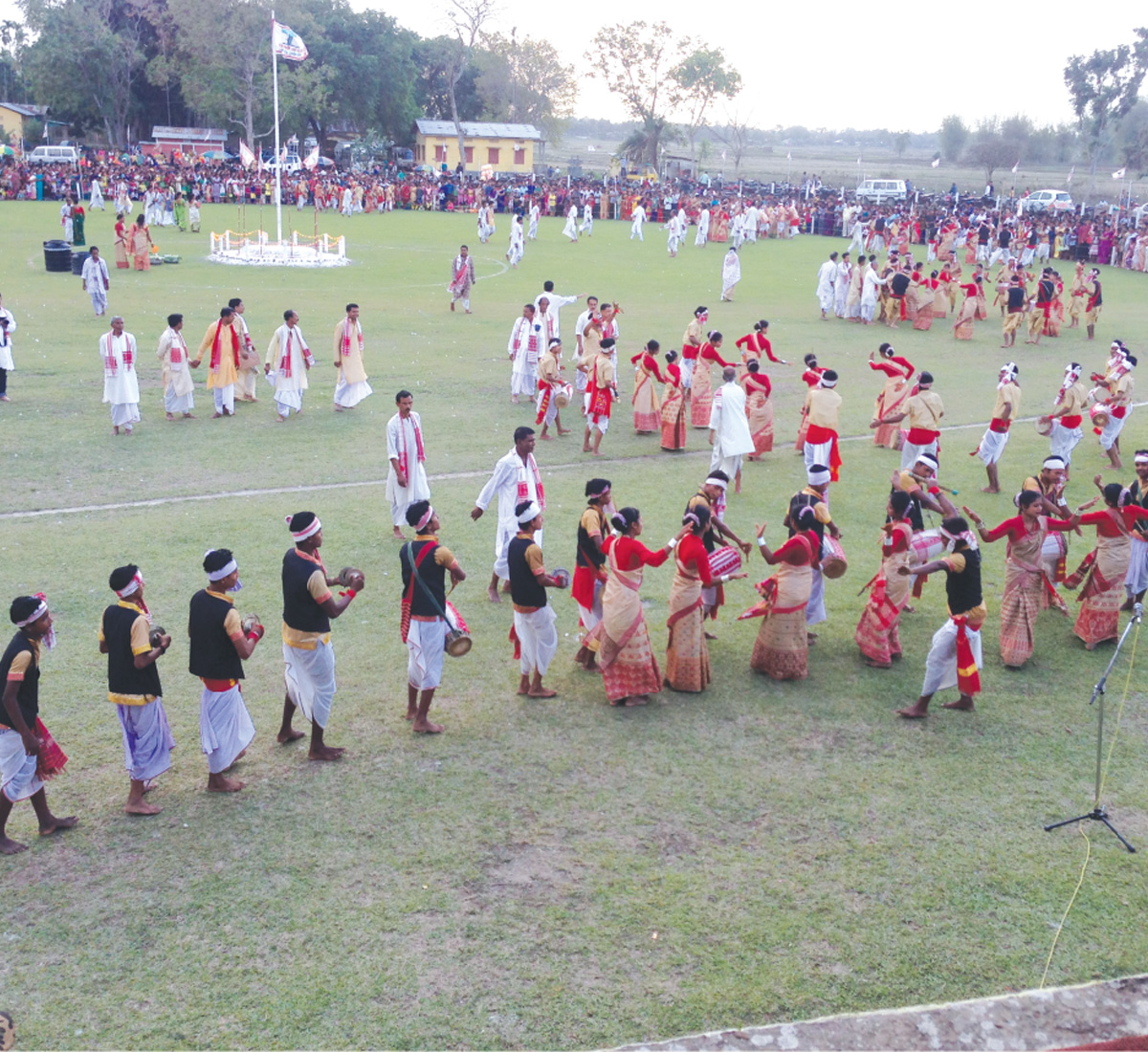 Jamugurihat, a modest township is situated 52 km east of Tezpur town which lies at Himalayan foothills in the NE part of India. The historical Tezpur, earlier known as Sonitpur, finds its mention in the Mahabharata. The mithological heroes Bhagadutta who participated in great Kurukshetra war and the epic of king Bana, Usha- Aniruddha, Chitralekha and the great Hari-Har war are all linked to Sonitpur. Jamugurihat is situated in between the river Bhoroli and Dikorai. Many ancient archaeological temples and monuments still exist in the surrounding places. This place consists of more than 100 villages with a population of more than one lac and Jamugurihat is quintessential of unity in diversity.

Jamugurihat is a vibrant place and people are culturally very rich with majority population being educated. The population consists of Adibasi, Nepali, Bodo, Rabha, Mising, Ahom, Koch, Kalita, Kaivarta, Nath-Yogi, Mahanta-Goswami, Ganak, Brahmin, Muslims and others who have contributed their best towards enrichment of tradition and culture to live together with total harmony and integrity. The population is mostly agrarian, cultivating mainly paddy and the younger generation has taken to tea crops in small scale. The standard of tea produced in this area has acclaimed worldwide fame. It may be noted that every village is proud of having a Naamghar which is used for multifarious community events like having community hall for performance of Bhowna, Nam kirtan, meeting etc.

Jamugurihat is also well known for its Mukali Bihu (traditional open air Bihu dance) celebrated in the Assamese New year in April, community fishing of Gharia fish in Bharali river during November and December and in the past the occasion of Bagh Bheta which means catching of wild tigers by means of nets with a purpose of releasing the big cats in the dense forest in the vicinity so as not to endanger lives and their living stocks. Every householder of this area awaits eagerly to host distinguished guests and visitors arriving at the time of Barechaharia Bhowna with their heart and soul.