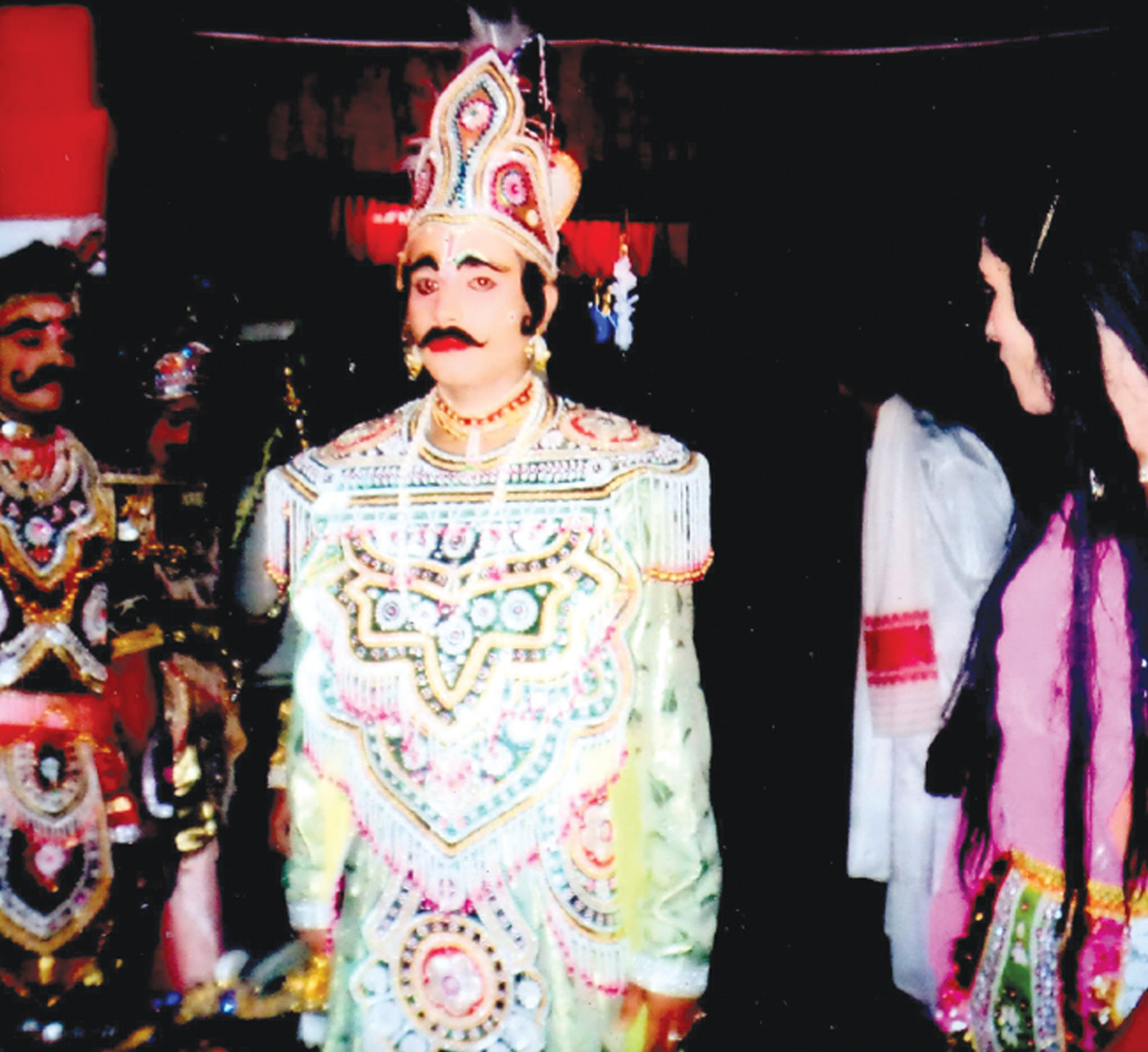 There are 20-22 stages generally under the main pandal and against each stage normally 4 to 5 villages are allotted to perform. After selection of the drama and Bhawarias (actors), the villagers start rehearsal from 1 -2 months before the scheduled Barechaharia Bhowna in their respective village Namghars. The sutradhar who plays the main role in keeping continuity of the drama and co-ordination amongst the performers is also selected by the village concerned. It is the tendency of the each team performing drama in the stage to excel their performances to a new height to get the lime light.